We use cookies for the proper functioning of the site. By working with our site, you give your consent to our use of cookies
Confirm
21 october 2021

Five years of co-operation with the State Hermitage 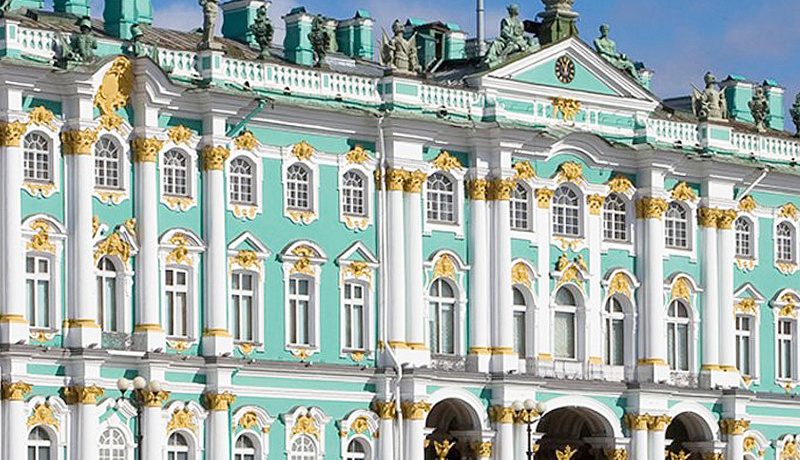 December 2021 marks five years since the signing of the Agreement between the State Hermitage and ZEISS on co‑operation in the research and use of new technologies in restoration of exhibits.

ZEISS materials research microscopes are used in the laboratories of the Department of Scientific Restoration and Preservation and the Laboratory for Scientific Restoration of Precious Metals. Having used these for many years, specialists of the State Hermitage have performed over 1000 analyzes and studies, and also conducted training sessions on modern research methods in restoration, offering them for university students and employees of various Russian and foreign museums. We are proud of the projects carried out by the experts of the State Hermitage using ZEISS equipment. Let us tell you about some of them.

An important step in the co-operation was the joint conduct of the international conference Art of Restoration which took place in 2017 and 2019 at the State Hermitage Museum. It became a platform for sharing experiences between scientific restoration experts and addressed the issues of using scientific methods in the restoration of works of art: microscopy, X-ray radioscopy, chromatography, spectroscopy and others. 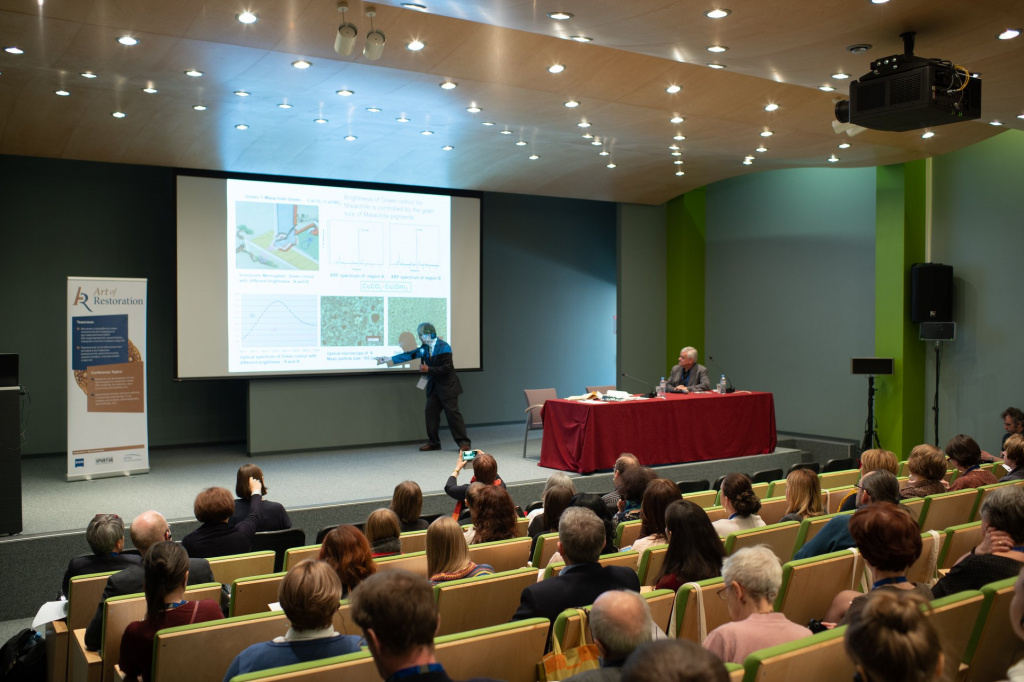 Both times, the event was a meeting place for leading experts in the field of restoration and research from scientific restoration and conservation centers around the world. Experts from Russia, Turkey, France, Great Britain, Germany, Austria, the Netherlands, Australia, Japan, Norway and the USA took part in the conference.

In 2019, ZEISS launched its scientific and advisory customer center ZEISS labs@location. This is an international project of the company which brings together various research laboratories to involve them in joint activities and mutual co-operation. The purpose of the Center is to educate and promote the use of precision analytical methods both for restoration and expert evaluation and in other areas. The project brings together 35 research laboratories around the world. 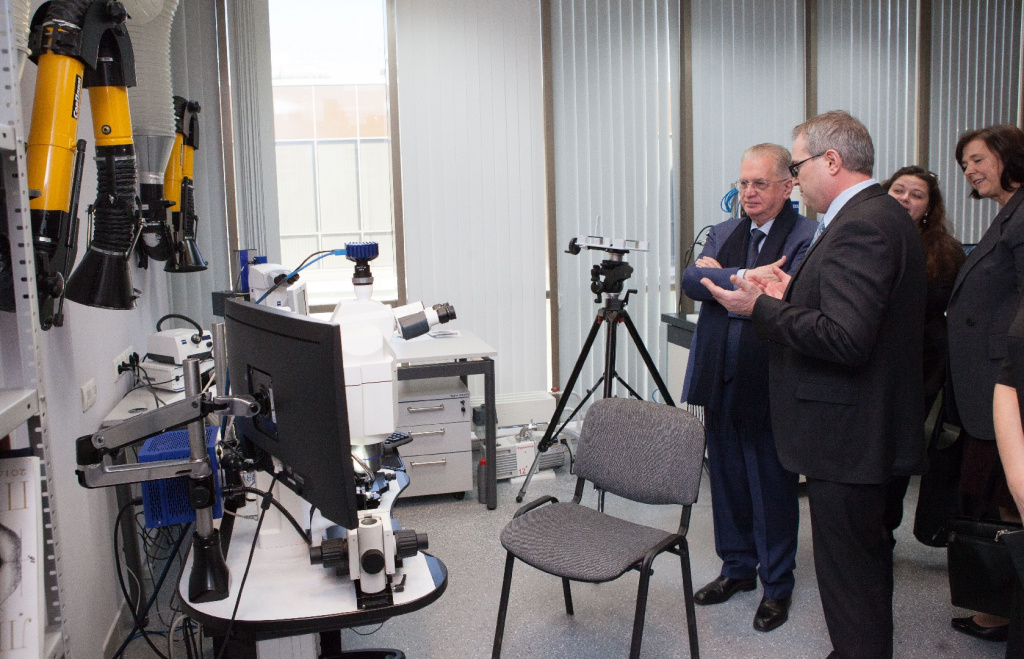 Study of the Victoria of Calvatone ancient statue

Victoria of Calvatone is an ancient Roman statue crafted in the second half of the 2nd century, found in 1836 in Italy (Calvatone, Lombardy). Research conducted in 2016–2019 by the State Hermitage's Laboratory for Scientific Restoration of Precious Metals has shown which parts of the statue were made in Roman times and which — in the 19th century in Germany. For this task, researchers used the latest electronic and optical microscopes by ZEISS. 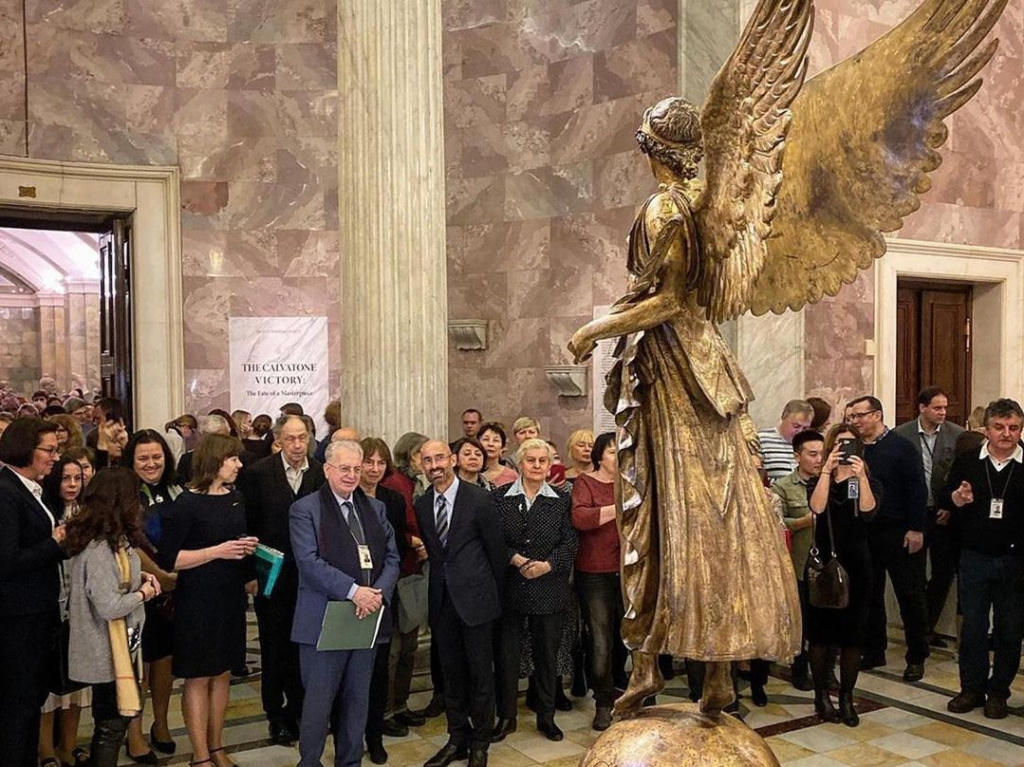 After careful study, it was found that the ancient parts are made of bronze, and the ones from later times are made of brass. The difference in the zinc content in the material exceeded 20 %. During statue’s restoration in the 19th century, several new elements were added: the left hand holding a palm branch, the left leg, the tip of the nose, a bun of hair, the head of an animal on the pelt decking Victoria's apparel, and some other small details. Up to 5 layers of gilding were found belonging to different time periods. It is very difficult to separate them in chronological order, however the thickness of the two upper layers is greater than that of the previous ones, which allowed a guess that these are traces left during the 19th century restoration.

Restoration of the Treasure Collection of Great Moguls

In 2019, the State Hermitage completed a large project on the restoration of Indian jewelry produced during the heyday of the Mogul dynasty spanning from the late 16th to the early 18th century. The unique collection consists of more than 20 exhibits, among them are jugs, scent bottles, aigrettes, a thumb-ring, bracelets and a small gold table. All of them are made using the “kundan” technique, where precious stones are pressed into the thinnest layers of gold foil with the subsequent formation of molecular bonds between them. To date, no other museum in the world has such a numerous collection of vessels and trays of various shapes and sizes. 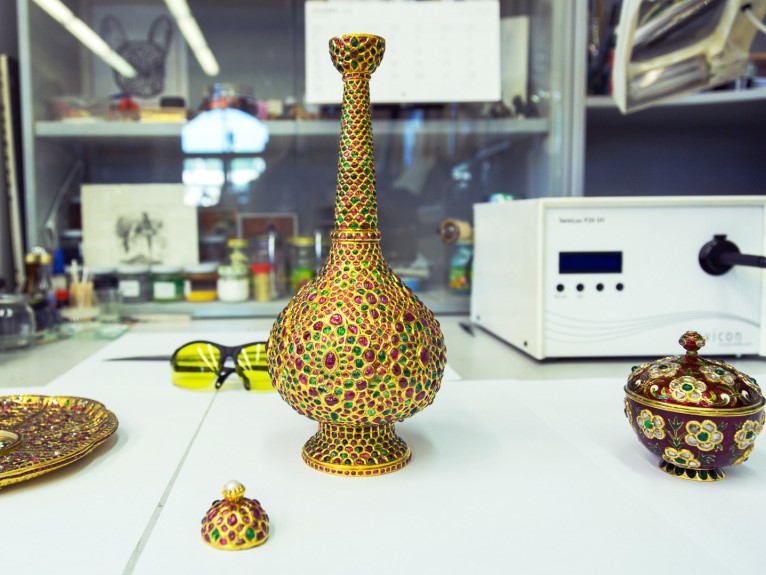 At all stages of the restoration the specialists used ZEISS equipment: an electron microscope ZEISS EVO with an EDS detector providing a resolution of up to one nanometer, a research optical microscope ZEISS AxioZoom.V16. Later, the results were combined using correlative imaging.

Consequently, the analysis produced very detailed information on the jewelry design and manufacturing technology. The analysis revealed data on metal morphology, the layering of foil, presence of organics in shellac, microcracks and exfoliation of the putty from the gold base and much more. It became the most comprehensive study of the “kundan” technique, which made it possible to identify the differences between it and the “pseudokundan”, which was used later in the 18th to early 20th centuries.

Read an interview with I.K. Malkiel about the study (Russian language) >>

Study of bronze bowls of Urartu, 7th century BC.

In 2018, the State Hermitage carried out a study of bronze bowls of Urartu of the 7th century BC. This collection is considered unique, since over the span of 28 centuries the exhibits have not been damaged by corrosion. Studies involving the use of a ZEISS electron microscope have shown that the surface of the bowls is covered with a 200 nm thick carbon nanofilm with copper and tin particles. The film differs from the rest of the bronze material in its morphology, since it is smooth and has no crystal boundaries, however it does not differ in composition. 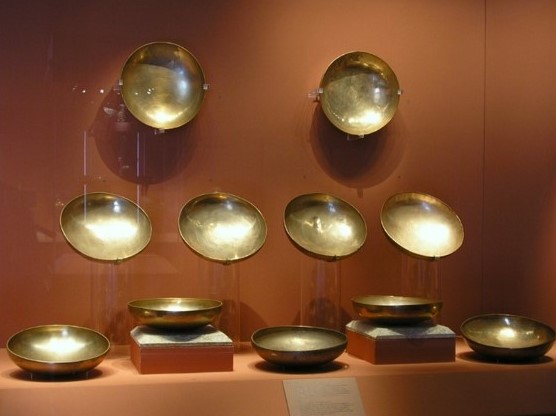 “The bowls were found in a karas which is a traditional Armenian vessel made of clay. Most likely, during a fire, coals got into the vessel, which burned out all the oxygen. “These are the nanotechnologies from 28 centuries ago”, noted I. K. Malkiel, Head of the Laboratory for Scientific Restoration of Precious Metals.

In 2014, when the State Hermitage celebrates its 250th anniversary, the Laboratory for Scientific Restoration of Precious Metals completed the restoration of gold hairpins belonging to Catherine the Great. An unparalleled collection consists of 250 pieces of work by Chinese craftsmen. All elements of the hairpins are very fragile: the minimum thickness of the thread which they are made of is 30 microns. Using ZEISS optical microscopes, it was possible to study the pins in detail and to document the entire restoration process with photos and videos: before, during and after. 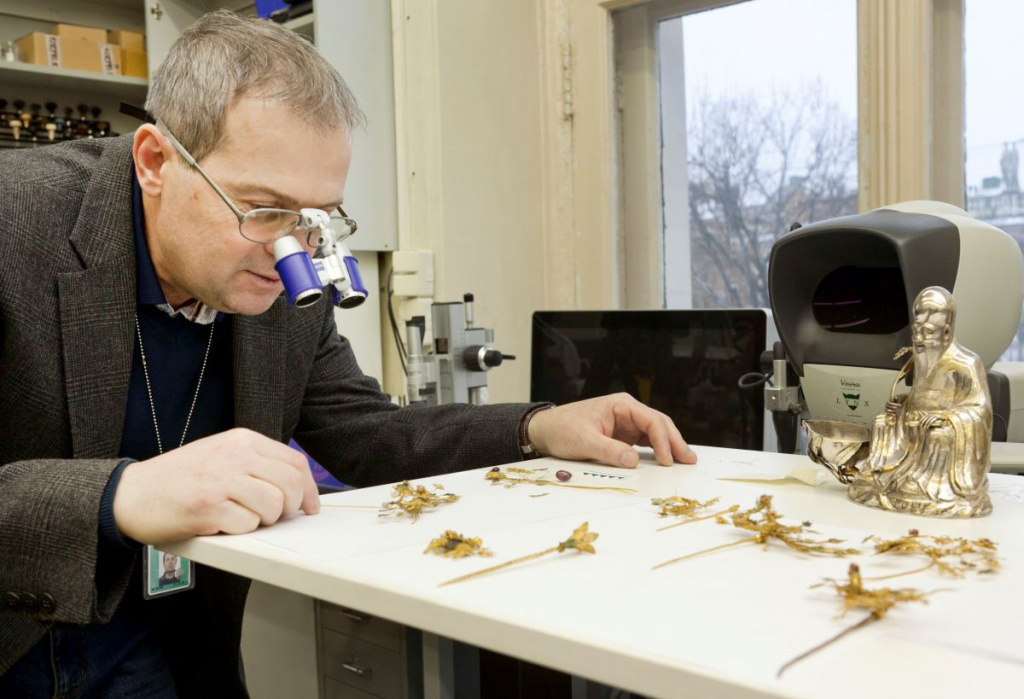 Learn more about the restoration of this unique collection >>

Demonstration Centre ZEISS Russia & CIS: sample measurement and consultations on the use of industrial measuring equipment

ZEISS microscopes at the seminar “Document Restoration: Conservatism and Innovations”

ZEISS is consolidating its presence in Russia, Ukraine, Belarus, and other CIS countries