We use cookies for the proper functioning of the site. By working with our site, you give your consent to our use of cookies
Confirm
12 july 2016

A Lithography and Microscopy Center opened its doors at the Moscow State University on July 6. Victor Sadovnichy, an academician, Rector of MSU, Nikolay Sysoev, Dean of the MSU Physics Department, Maksym Igelnyk, Board Chairman of OPTEC Group, representing Carl Zeiss in Russia, MSU specialists, students, and students of the Department of Physics attended the launch ceremony. 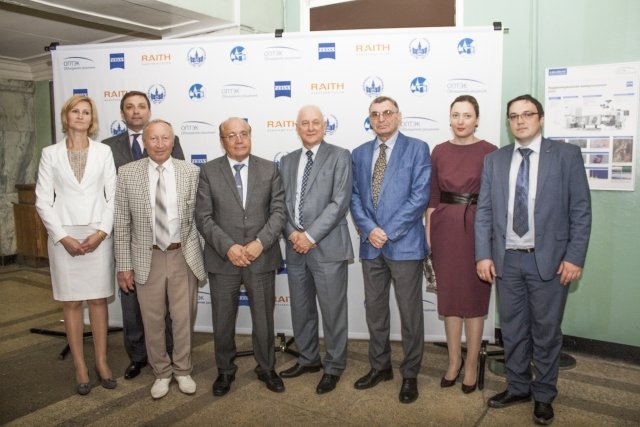 The Training Center is the first joint project of Moscow State University, OPTEC and Carl Zeiss. The laboratory was part of the cooperation agreement signed in 2014 by the Department of Physics of Lomonosov MSU, Carl Zeiss, and OPTEC, with the parties coming to a mutual agreement on a number of issues including the construction of the Center. 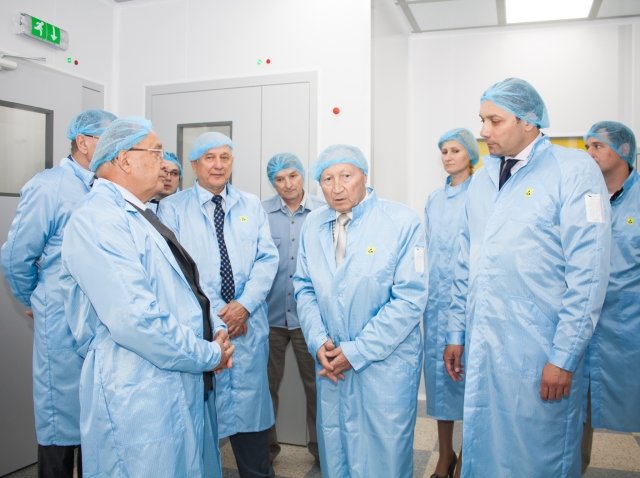 The Center is going to be a place for physicists to solve both applied and fundamental science problems. Firstly, researchers in the framework of MSU scientific areas, i.e., nanosystems and materials, new computer components. These are, for example, a project of the Russian Science Foundation «Solid state monoatomic structures as elements of components for quantum technologies» aimed at creating and studying transistors based on single dopant atoms and single molecules; a project developed by the Ministry of Education and Science «Development of physical principles of technology for manufacturing of 3rd generation high temperature superconducting wires and research into their performance»; a project of RFBR «Experimental and theoretical research into field and nanomechanical sensors based on silicon nanochannel transistors»; an interdisciplinary project of RFBR «Development of multisensor diagnostics system based on nanochannel field transistors to study biospecific interactions." The Center will also be used for interdepartmental and international projects, such as a project by the Ministry of Education and Science «Development of a nanosensor biomagnetic test system based on nucleic acids for immediate detection of diseases of different etiology," which is implemented by the Department of Physics together with the Belozersky Institute of  Biology and Chalmers University of Technology (Switzerland).

«This is the first laboratory at the Department of Physics equipped with certified clean rooms and offering all necessary conditions not only for research, but also for industrial prototyping. The research covers different areas: nanoelectronics, molecular , superconductor electronics, biosensors, microelectromechanical systems, etc. The laboratory will be used for interdisciplinary projects involving research groups from other departments and divisions of MSU," said Nikolay Sysoev. 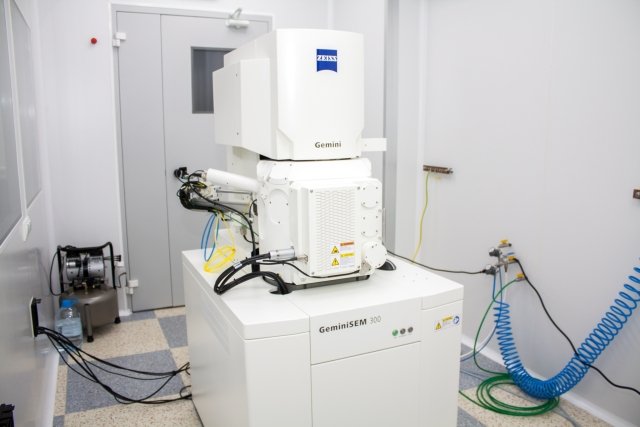 State- equipment for precision lithography and for electron and light microscopy located in the clean rooms of the Center: a ZEISS Supra 40 Scanning Electron Microscope together with a RAITH Elphy electron beam lithography system; the first in Russia ZEISS GeminiSEM 300 electron microscope and a ZEISS Stemi stereo microscope for material studies, which are to be evaluated.

«We have made a step towards developing international contacts and exchange of scientific information. Our partnership will help scientists from MSU to do research at the highest possible level, while specialists of ZEISS will be able to create and improve their technologies, and the first results of the operation of the Center prove it," said Maksym Igelnyk, the Board Chairman of OPTEC Group representing Carl Zeiss and Raith companies.

The Lithography and Microscopy Center is the first facility at the Moscow State University with certified clean rooms approved for nanoelectronics. The experience gained during the construction will be applied at the Vorobievy Gory project of scientific and technological valley.

The center will also be used for the following joint educational activities: workshops, lectures, research and practical seminars involving scientists, students and students from MSU, specialists from Carl Zeiss and OPTEC, and international experts in relevant science areas.