We use cookies for the proper functioning of the site. By working with our site, you give your consent to our use of cookies
Confirm
04 february 2019

Russia’s first and sixth in the world surgical microscope OPMI® Sensera™ was established in 2002 at the Department of Otorhinolaryngology of the Russian Medical Academy of Postgraduate Education (RMAPO). Being the flagship of the national system of postgraduate education, the Department constantly demonstrates and promotes advanced technology of the speciality. 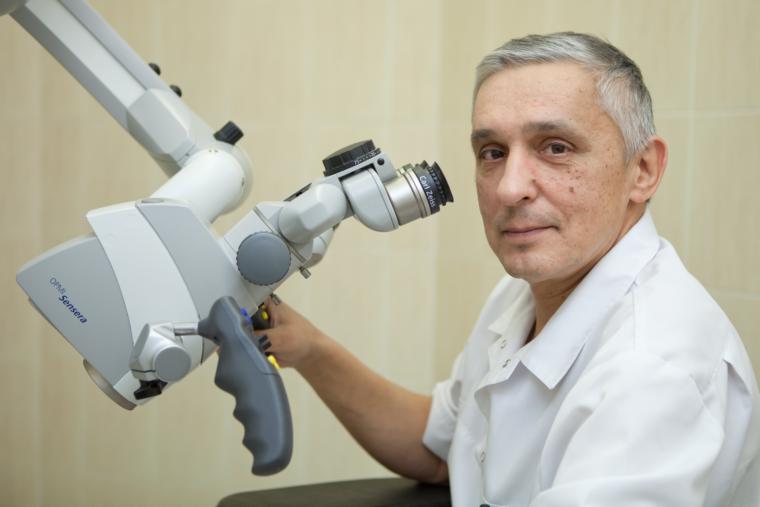 More than 400 doctors from Russia and CIS countries take trainings at the Department of Otorhinolaryngology of the Russian Medical Academy of Postgraduate Education per year. The Department also initiates outreach certificated courses for far distance regions, such as Kamchatka, Irkutsk; plans for creation and development of distance learning systems.

The first in Russia andthe sixth in the world surgical microscope OPMI® Sensera™ was established in 2002. To date, the department equipment meets the highest requirements and standards of the world. In particular, the park consists of seven units of microscopes. Workplace of ENT doctor are equipped with diagnostic microscopes OPMI pico; operations are carried out under the control of OPMI Sensera; training table tehnoscope OPMI pico is for exponential temporal bone dissection, and also allows you to practice surgical skills to young specialists.

All microscopes equipped with video cameras, allowing you to make clear the learning process: operations are broadcasted into the hall in lecture mode, dialogue, and display a large screen image during dissection steps demonstrates the main points of the surgery. pictures and records obtained during the operation, are used as illustrations in scientific reports, methodological literature and educational videos.

Microscope AxioStar is installed in the laboratory, with the help of which are held deep scientific researches. Thus, the department became the first in Russia who studied the ciliary activity of the middle ear and published the results in a number of foreign specialised journals and presented them at the major international forums.

OPMI® Sensera™ was carefully designed to meet the requirements of physicians performing ENT surgery. Some of its features include ease of use, brilliant image quality and its seamless integration into the surgical workflow.

OPMI Sensera’s compact design enables it to be easily moved between operating rooms and to be repositioned during surgery. The motorized Varioskop® optics with variable working distance provides ergonomic convenience.

The experience of surgical microscope application in endodontics

Russian Arts under the Expertise: Microscopy Helps to Look Deeper into the Story of the Painting