We use cookies for the proper functioning of the site. By working with our site, you give your consent to our use of cookies
Confirm
01 october 2015

Cutting down expenses, saving resources, enhancing the reproducibility of cultivations and eliminating errors in the course of selection of the most efficient producers facilitate substantial increase in a pharmaceutical company’s profitability and competitiveness. The International Biotechnology Center (IBC) Generium has successfully solved these problems thanks to ambr15 by Sartorious, Russia’s first ever system for automating cell line cultivation.

International Biotechnology Center (IBC) Generium is a research and development company whose activities include the development of innovative biotech pharmaceutical drugs. IBC Generium is engaged in the development and marketing of innovative domestic biotech pharmaceuticals for treating various diseases such as hemophilia, cardiovascular diseases, oncological diseases. The country’s leaders as well as foreign and domestic experts hold the achievements of IBC Generium in science and production in high esteem; the Center has been awarded Russian Government prizes. 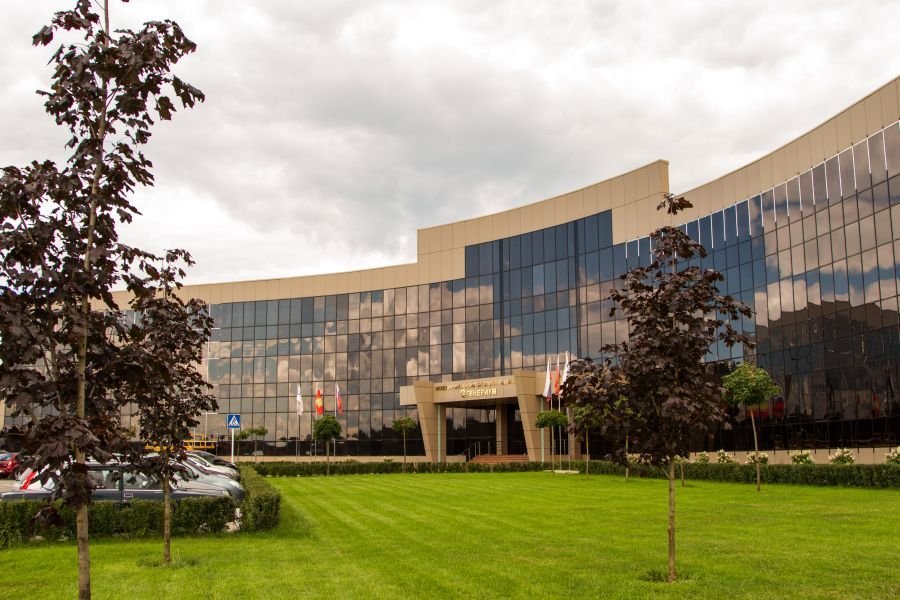 In the biopharmaceuticals industry, in order to produce an active ingredient with the desired pharmaceutical effect, scientists use cell lines which can efficiently produce this ingredient. Transfection is used for creating a new cell line. However, this leads to a mixture of producers and every clone may have the required section embedded into a different part of the genome. Therefore, we need to find a line producing a viable offspring with the maximum target protein expression, which is a somewhat process. Thereafter, we have to optimise the cultivation protocol of the selected clone, since the viability of the cell and its vital activities are affected by many factors including pH, cultivation environment, dissolved oxygen concentration and temperature.

It is possible to develop 5–10 projects simultaneously. There are several producers created for each of them, and different variations and reserve copies are also developed. As a result, within six months a matter of dozens of different primary producers are selected, and each of them is picked from among 5,000–10,000 clones.

Many biotechnologists say that after selecting leaders using shakers and following their transition into industrial bioreactors, such leaders often change. The incorrect selection of a leader may lead to serious costs in terms of time, money and resources to optimise the process that would from the outset lead in false direction and would not generate the intended results. 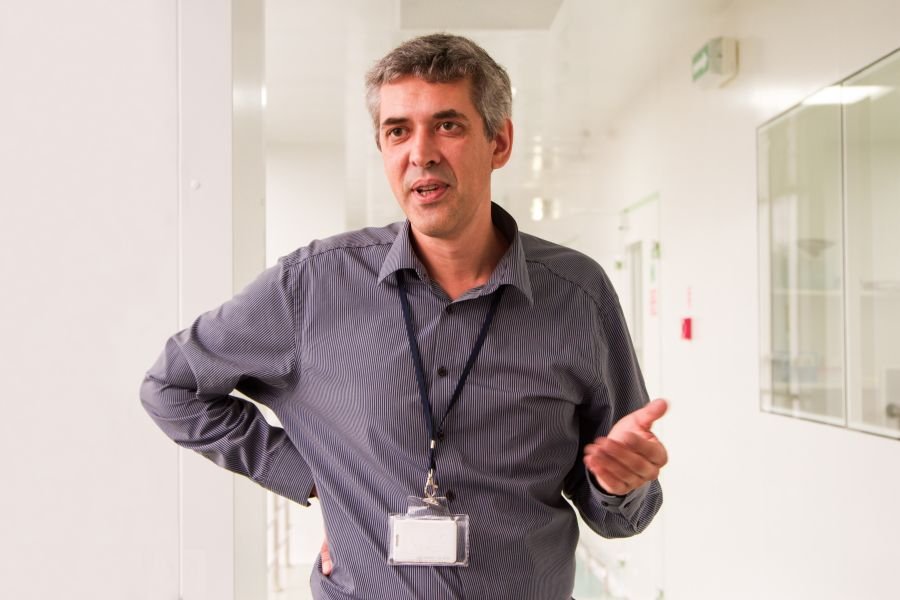 Dmitry Poteryaev, head of the Cell Biology Department of IBC Generium:
The selection of conditions for cultivation is a serious task. Various factors affect the quality of the protein, such as , the content of dissolved oxygen and the selection of specific nutritive agents individually for every clone. It is best to perform the selection inside a bioreactor. However, we are unable to cultivate 24 parallel bioreactors at the same time; they are needed for other tasks. It is possible to use shaker flasks, but this process is rather and has a number of disadvantages. First of all, this does not allow us to monitor all physiological parameters of the culture. Most importantly, however, the culture behaves very differently in such shaker flasks, compared to its behaviour inside a bioreactor.

The following task was set: taking into account multiple options for cultivation, to select a leader swiftly and precisely, i.e. a cell line with the maximum productivity for the target protein, and select conditions to maximise the resulting protein yield. 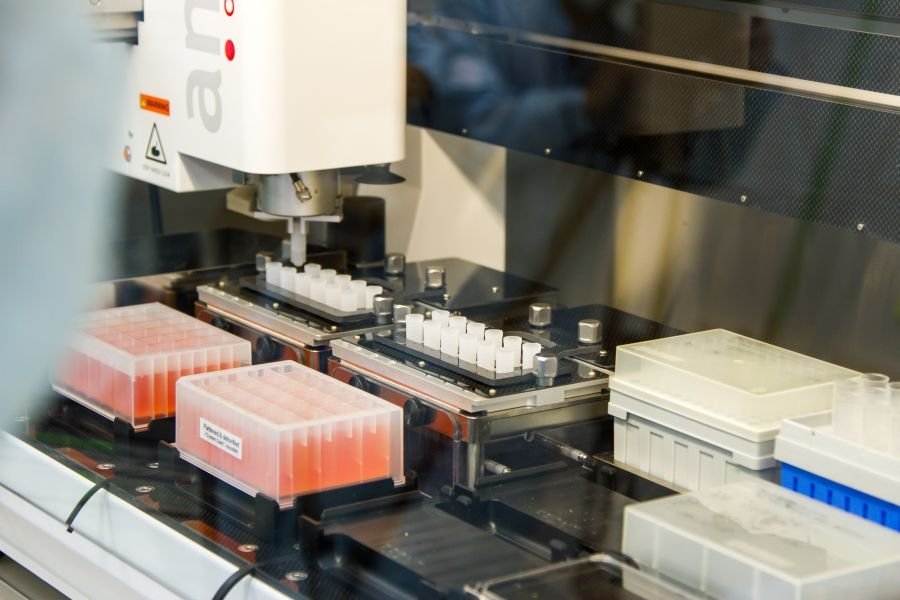 When selecting a solution, the specialists had several goals:

In order to solve these tasks, OPTEC offered Sartorius ambr15, a tool which met all necessary requirements. This platform supports parallel cultivation inside 24 micro bioreactors (there is also a version with 48 micro bioreactors). Ambr15 fully simulates the process that takes place in larger reactors, which is good for scalability. Its fully automated operation eliminates the effects of human factors when introducing various additives, supporting established conditions of cultivation and taking samples. Thanks to automation, parameters can be set for each of the 24 reactors separately and, thus, 24 processes can be performed in parallel without confusion, whilst ensuring precise execution of the experiment plan. 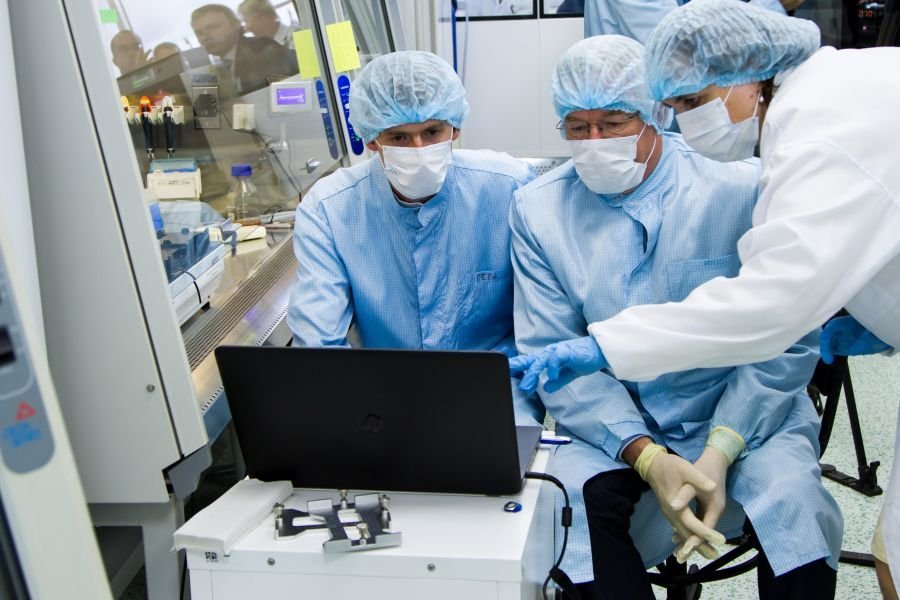 For instance, if the pH goes beyond the established interval, the system will automatically compensate these changes by adding alkali or by increasing the supply of CO2. Optimal content of the dissolved oxygen is also ensured this way. The process is equivalent to that which later takes place in an industrial bioreactor.

Since the equipment was completely new to the specialists of IBC Generium, OPTEC first allowed them to familiarise themselves and to use it before purchase. During a month of trials, several experiments were conducted which included screening for producers and selecting leaders. Producers that appeared as leaders when cultivating using ambr15 also remained leaders when transferred into industrial bioreactors. Moreover, IBC Generium specialists were completely satisfied with the training system offered by OPTEC. Before the training, an OPTEC expert discussed the plan for the first experiment, created a programme for its performance and, during the first week, the training was based on the first experiment. Thus, thanks to the optimal structure of the training system, the user was not only familiar with the instrument by the end of the week but also started to obtain initial data.

The first task which ambr15 helped solve was obtaining a more relevant model to meet the conditions under which further cultivation of producers would occur on an industrial scale. 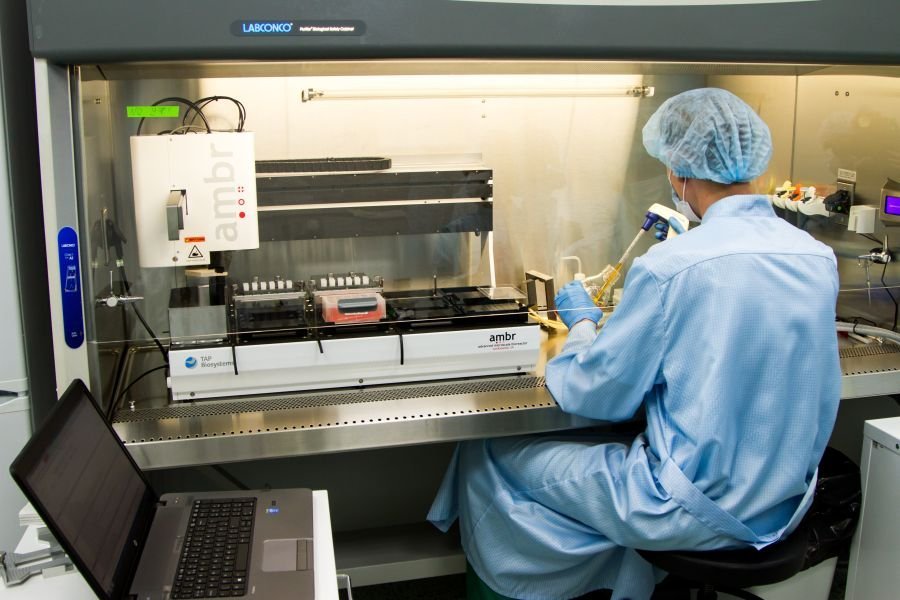 Another thing to note here: there are a lot of parameters, and they may vary, so it is under these conditions that a leader should be selected. The result of the experiment may be seen only after 10–14 days, which is the norm for the protein formation. Thus, under standard conditions, it is possible to conduct only 2–3 cycles within a month. The fact that five producers were developed on the basis of CHO cells within the first six months (including both biosimilars and original developments of IBC Generium) shows that various conditions were tried within just 2–3 cycles. This allowed the specialists to select a leader and the starting conditions to be later optimised during scaling.

Undoubtedly, the purpose of pharmaceutical production is profit. Shortening the path between the commencement of the production and generating profit may be considered a saving, if one estimates how greatly labour and cash expenditure will decrease and also when more data is obtained. This is another opportunity to increase competitiveness.

Dmitry Poteryaev, head of the Cell Biology Department of IBC Generium:
If we consider the whole process of developing a pharmaceutical drug, which takes around 15 years, then savings in time are not that considerable. But since we can rapidly intensify both the process of line selection and the general development of the technological process, the research department is able to conduct many more projects. Perhaps only 10–15% of them will actually get as far as clinical trials, but the increase of input also increases the chance of creating a great deal of medications.

A second way to estimate the economic effect is by looking at lost profit. For instance, if a company spends three months more on processing a producer, three lost months of sales of this medication represents a direct loss. Thus, shortening the development time directly affects the economy of the project.

Moreover, after ambr15 had been launched, IBC Generium specialists gained the ability to conduct experiments which were previously impossible simply because there was a high probability of human error and the specialists’ workload was too onerous. This includes the design of media to be used with application of a previously purchased library of media. This work would be meaningless with shakers. Of course, the use of ambr15 helped to create documentation related to producer stability. For instance, when working with about 60 cell lines (these are international requirements), the stability of process parameter control must be demonstrated at the beginning, in the middle and at the end of the experiment. Of course, it is best to standardise this in a system like ambr15, since many parameters are impossible to control in shakers. 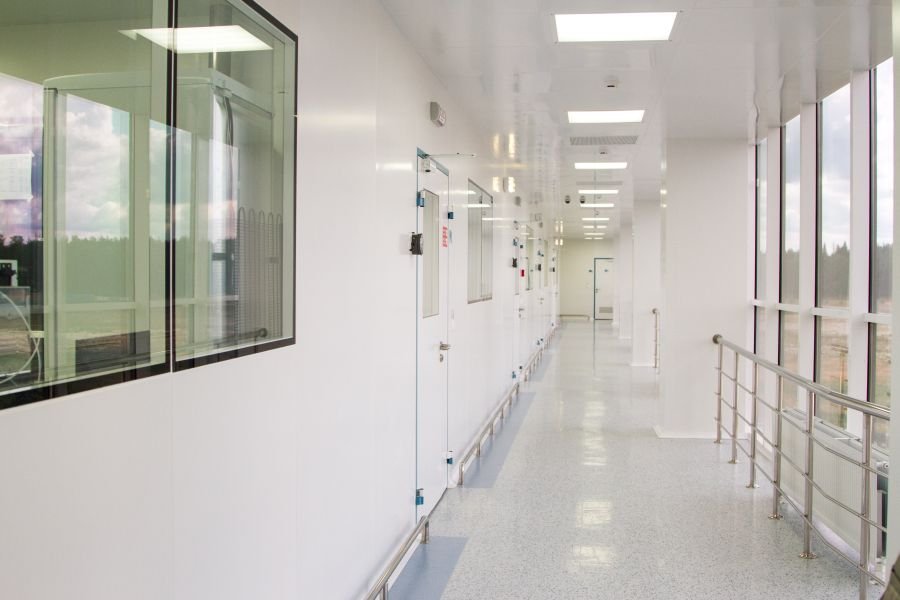 Maxim Lykov (Executive Director of IBC Generium):
Modern science in pharmacology and biotechnology is developing rapidly, and every day we obtain new knowledge that later illuminates mechanisms working inside the human body. This knowledge, of course, can and must be used in the development of modern, innovative, highly effective and safe pharmaceutical drugs. The use of state- equipment like ambr15 substantially reduces the need for human resources. This equipment also allows us to shorten the research time thanks to simultaneous execution of multiple processes which would have taken a long time without automation.

Russian Arts under the Expertise: Microscopy Helps to Look Deeper into the Story of the Painting

The experience of surgical microscope application in endodontics