We use cookies for the proper functioning of the site. By working with our site, you give your consent to our use of cookies
Confirm
04 july 2017

On June 9, 2017, a traditional meeting of Raith equipment’s users was held in Moscow: « Lithography with Raith Equipment: From Idea to Realization." This year, it was held at the premises of the Scientific and Educational Center Functional Micro/Nanosystems of Bauman Moscow State Technical University, which is equipped with 50 kV installation of electron beam lithography Raith VOYAGER.

More than 50 specialists from universities, institutes, research centers, and industries from Moscow, St. Petersburg, Tomsk, Veliky Novgorod, and Nizhny Novgorod took part in the 6th meeting of Raith equipment’s users. Representatives of Raith GmbH, Germany, Martin Kirchner and Martin Rasche and Jeanine Wilbers from Raith B. Netherlands, took part in the event as well and made reports on the latest developments in the field of  lithography. 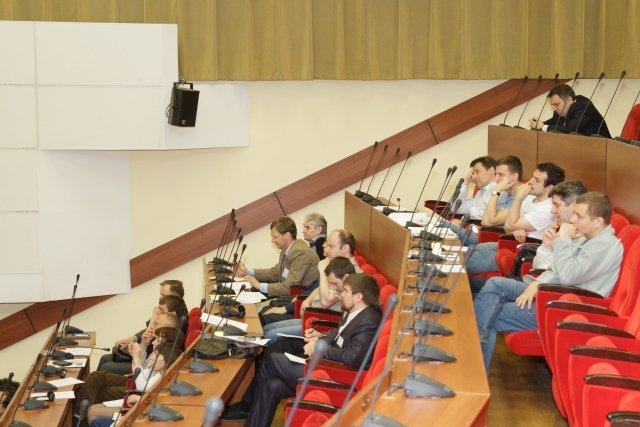 Reports on the results of work and new perspectives in the field of  lithography were made by researchers from Lomonosov Moscow State University, National Nuclear Research National University MEPHI, and the Institute of Radioengineering and Electronics named after Kotelnikov. Jeanine Wilbers, a research associate from Raith B. Netherlands, made a report on the latest news and improvements of installing of  lithography series Raith EBPG 5150/5200.

Within the framework of the practical session, the participants discussed current technical problems from the practice in the application of  lithography. At the end of the event, a guided tour to the «clean rooms» of the Scientific and Educational Center Functional Micro/Nanosystems was held.